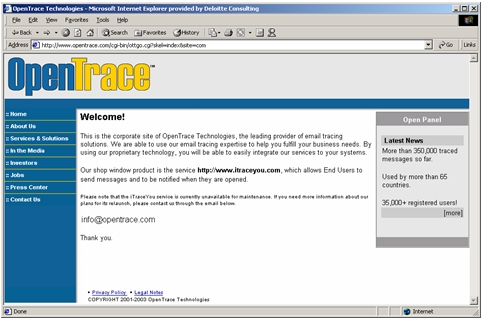 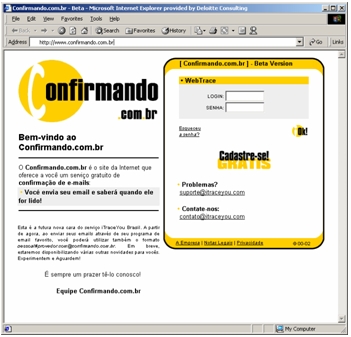 OpenTrace was created to be a parent entity for the iTraceYou.com service.

After realizing that our second major market was in Brazil, we decided to customize the service for them, as we identified that many people couldn't consistently remember the correct spelling of the original itraceyou.com brand name. We created a contest among our Brazilian users to allow them to come up with the best name for the service in Portuguese. Confirmando stands for "Confirming" in english.